Our Leadership Team Members Are:

The Leadership Team’s years of experience are key to each summer’s success and to the relationships between families and camp.

Three of our Leadership Team Members work full time all year to prepare for each Camp Kinneret summer. All three are active in professional camp director circles, attending conferences, seminars, and director discussions throughout the year. 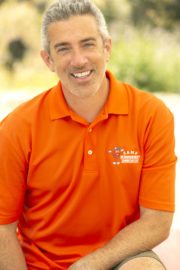 Director Ryan Rosen is a graduate of Cal Poly San Luis Obispo and has been involved with Camp Kinneret since 1995 when he started as a CILT. After 3 years as the Camp Kinneret Pool Director followed by 3 years as the lead assistant camp director, Ryan spent 2 summers as co-director of Sunny Skies Day Camp. He returned to Camp Kinneret as a director following the 2007 camp season and purchased the camp from long-time owner Harold Gordon in 2011. Ryan and his wife Britt welcomed their daughter, Dylan, in 2015 and their son, Wyatt, in 2019. 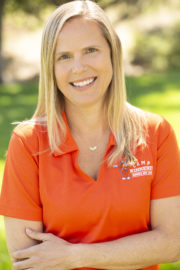 Co-Director Jamie Porter attended the University of California, Santa Barbara where she played with and student-coached the softball team and received a Bachelor’s Degree in cultural anthropology and a minor degree in athletic coaching. She subsequently received a Master’s Degree in sports management from the University of San Francisco. Following a few years working at a law firm, Jamie joined the Camp Kinneret family in 2007. In her spare time, Jamie enjoys playing competitive kickball and trying and cooking new and interesting food! 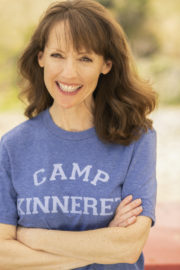 Our Enrollment Coordinator, Amy Clark Wernick, has been a part of the Camp Kinneret family since the 1970s when she first became a camper at 5 years old. She spent every summer at Kinneret until she headed off to resident camp during her high school years, and then returned to join our staff in 1987. Since then Amy has had many roles in camp, including co-director in the late 1990’s.

After becoming a mom in 2000 to Maya and 2003 to Courtney, Amy took on her favorite role at Kinneret — being a camp parent, and seeing her daughters get to experience the Camp Kinneret spirit for themselves. In 2016, Amy officially rejoined the staff as our enrollment coordinator, and has been happily placing campers into groups, giving tours, and answering parents’ questions ever since.

Amy received her political science degree from Stanford University in 1990, and graduated from Boston University School of Law in 1994.

In her 45+ years of camp, Amy has yet to get a get a bullseye at archery, but she is still trying! Chief Security Officer Colbie Rosen, passed her level II obedience training course with flying colors in 2011. She has been involved with Camp Kinneret since 2010. Colbie works hard to protect the office during the year but takes time off from work during the summer, attending “family camp” with her grandparents. She enjoys naps, squirrels, treats, and visits to the Kinneret Farm to find lizards.

This website uses cookies to improve your experience while you navigate through the website. Out of these, the cookies that are categorized as necessary are stored on your browser as they are essential for the working of basic functionalities of the website. We also use third-party cookies that help us analyze and understand how you use this website. These cookies will be stored in your browser only with your consent. You also have the option to opt-out of these cookies. But opting out of some of these cookies may affect your browsing experience.
Necessary Always Enabled
Necessary cookies are absolutely essential for the website to function properly. This category only includes cookies that ensures basic functionalities and security features of the website. These cookies do not store any personal information.
Non-necessary
Any cookies that may not be particularly necessary for the website to function and is used specifically to collect user personal data via analytics, ads, other embedded contents are termed as non-necessary cookies. It is mandatory to procure user consent prior to running these cookies on your website.
SAVE & ACCEPT

Thank You For Your Interest In Camp Kinneret!

With Summer right around the corner, Camp Kinneret can help your child build self-confidence, make friends, overcome their fears, practice resilience and have fun! If you have any questions about summer 2023 in particular or Camp Kinneret in general, please do not hesitate to reach out to us. Ryan, Jamie, and Amy are here year-round and excited to speak with you!